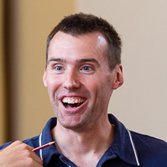 Andrew Thomas studied flute, composition, singing and conducting at City University London, GSMD, St. Catherine’s College, Cambridge and completed his PhD in composition at Birmingham Conservatoire under the supervision of Richard Causton, Joe Cutler and Edwin Roxburgh. He has performed throughout Europe as an orchestral musician and soloist, choral singer/conductor and performed much of the solo bass/baritone oratorio repertoire. Andrew has conducted productions of numerous musicals and opera and is currently conductor of the Merriman Concert Orchestra. His keen interest in the music of today is reflected in his compositional activities that has seen his music commissioned and performed by ensembles including London Sinfonietta, London Chamber Orchestra and Chroma as well as being performed and broadcast internationally. He is currently Head of Choral Music and Vocal Studies at Cranleigh School and musical director for both Cranleigh Choral Society and Rushmoor Choir. 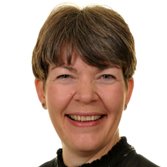 Mrs Catherine Beddison was appointed Deputy Head (Operational) at Cranleigh Prep School in 2017, having worked as Head of Prep School Music at Cranleigh Prep since 2010. She loves the creative challenges of problem solving and innovative thinking that are required in the day-to-day running of the Prep School. Every week is varied and interesting; from calendar planning to choir practice, events to empathising, strategic planning to sports coaching.

She loves working with children of all ages; encouraging them to set high standards, show enthusiasm in all that they do and be determined to develop their skills. Her favourite times are when an individual has a ‘break through’ moment and makes a huge leap forward in their understanding. Outside school she is a tutor and trustee for the choral charity ‘Sing for Pleasure’ and encourages people to achieve better singing in their classes and choirs. She loves to coach other conductors and help them pass on their knowledge to their singers. 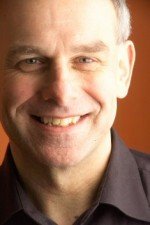 Jonathan Willcocks, the renowned conductor and composer is our president. Jonathan Willcocks was born in Worcester, England, and after early musical training as a chorister at King’s College Cambridge and an Open Music Scholar at Clifton College he took an Honours degree in Music from Cambridge University where he held a choral scholarship at Trinity College.

As a composer, Jonathan’s music is published by Oxford University Press, the Lorenz group of companies, MorningStar and Prime Music (represented in USA/Canada by MorningStar). His published music includes major choral works, music for children’s choir, many shorter
pieces (including anthems and secular choral music), orchestral and instrumental works. There are now many recordings of Jonathan’s music (see ‘Recordings’), and his music is frequently performed and broadcast in many parts of the world.

Jonathan is currently Musical Director of the Guildford Choral Society, the Chichester Singers and the professional chamber orchestra Southern Pro Musica, and freelance conducting and workshop engagements in recent seasons have taken him to many parts of the world including USA, Canada, New Zealand, Australia, South Africa, Singapore, China and most of the European countries as well as the United Kingdom. These engagements have seen him conducting concerts in many of the world’s finest concert halls, including the Carnegie Hall in New York, the Gewandhaus in Leipzig, Perth Concert Hall, Australia as well as closer to home in the Royal Albert Hall and Royal Festival Hall in London and Symphony Hall in Birmingham. In May 2016 he also took on the position of Conductor of the Leith Hill Musical Festival.

Jonathan’s extensive choral and orchestral conducting experience results in many invitations to take choral workshops and adjudicate competitions. Although his career now focuses principally on his conducting and composition work, he has in past held major posts in general and specialist music education – most recently at the Royal Academy of Music in London.

Come along to a rehearsal – You’re welcome to attend.
Just contact us to let us know when!

(We do not share your data with anybody, and only use it for its intended purpose)